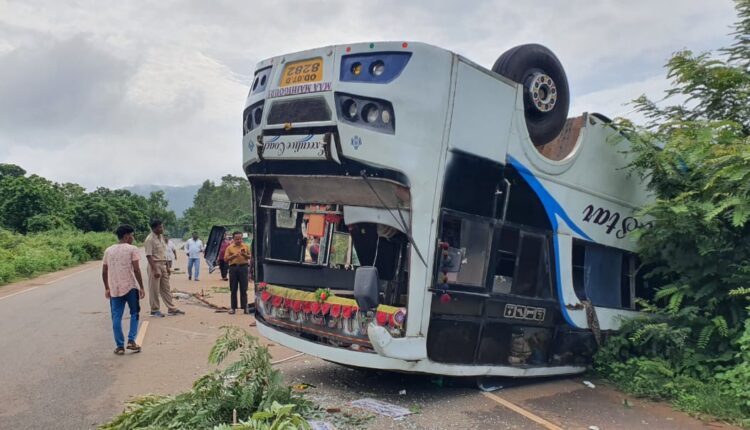 Rayagada: A woman died on the spot and 30 others sustained grievous injuries late last night after a private bus in which they were travelling turned turtle on NH-326 near Hatikhamba village of Mukundpur panchayat under Chandili police limits in Rayagada district.

The deceased woman has been identified as Sunita Satpathy, who hailed from Paralakhemundi locality. She was a school teacher.

According to an eyewitness, the ill-fated bus named ‘Saikrupa’ (registration number OD-07 D-8282) was on its way from Paralakhemundi to Umerkote when the vehicle met with accident. The incident took place at around 12 midnight as driver of the bus lost control over it.

On being informed by some locals, a team of Chandili police and Kolnara fire services personnel reached the accident site. The injured passengers were rescued and rushed to Rayagada district headquarters hospital for treatment.

Police have launched a probe and sent the woman’s body for post-mortem.