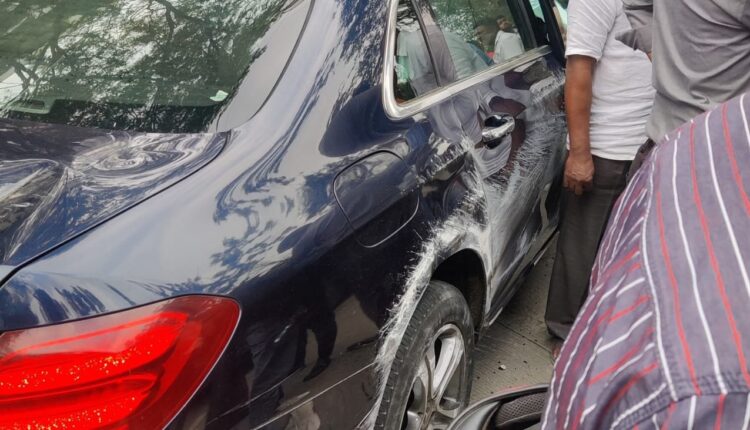 Bengaluru: In a tragic incident, one person died and seven others injured when an overspeeding Benz car rammed into another car from behind, causing a chain accident in Bengaluru on Tuesday, police said.

The incident has taken place in the limits of Halasuru Traffic police station. The deceased was identified as Hari Mahanth from Assam and working at a pub since 10 years. He was travelling in the car which was hit.

The Benz car’s driver Suveed was seriously injured in the incident and has been admitted to Manipal hospital.

Other injured persons in the accident suffered minor injuries.

According to police, the speeding Benz car had hit the car moving in front on a busy arterial road in Channasandra near Indiranagar 80 Feet Road. The impact was such that the car that was hit, in its turn, rammed into two autos and a mini lorry.

The two cars and autos were totally damaged in the incident.