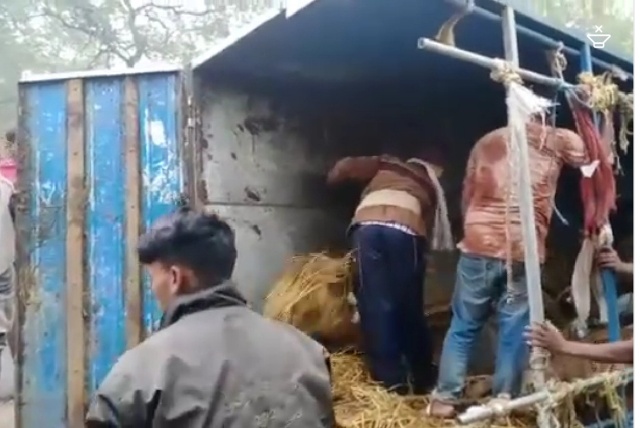 Balasore: Police last night rescued as many as 101 cattle near Simulia College Chhak in Odisha’s Balasore district while the animals were allegedly being trafficked in six pick-up vans.

According to reports, cops intercepted the vehicles and found the cattle inside those. Six drivers and a helper have been detained for questioning in this connection.

The animals were transported in the vans illegally from Bhandaripokhari in Bhadrak district to West Bengal, sources said.

The rescued cattle have been sent to a goshala at Maitapur.