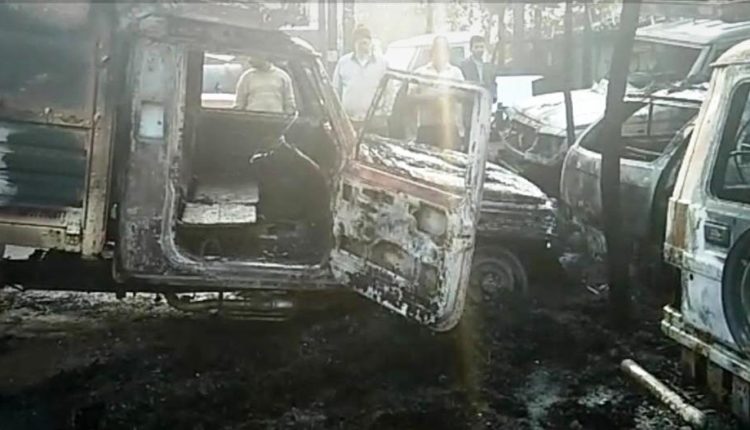 Baripada: As many as 12 vehicles and five shops were gutted in massive fire following zero hour celebration programme on New Year eve here.

Five shops including an electrical shop, grocery shop, and stationary shop, 12 parked vehicles including a van, three boleros and a bike were gutted after a massive fire broke out in the area.

The fire was put under control after the fire officials reached the spot.

However, the cause of fire outbreak is yet to be ascertained.