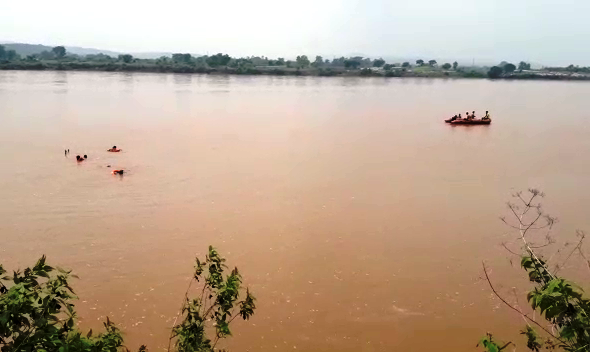 Kendrapara: A 12-year-old boy drowned in Chitroptala river at Kalaboda under Patkura police limits in Kendrapara district today. The deceased has been identified as Krushna Chandra Sahu of Haripr village.

Sources said the boy had gone to Sanischar Peeth at Kalaboda with his family members for a special Puja this morning. While fetching water from the river after taking bath, he slipped into deep water and was later swept way by strong currents.

Later, a firefighting team with the help of locals rescued the 12-year-old boy from the water body and rushed him to a nearby hospital. However, doctors at the hospital declared him dead.