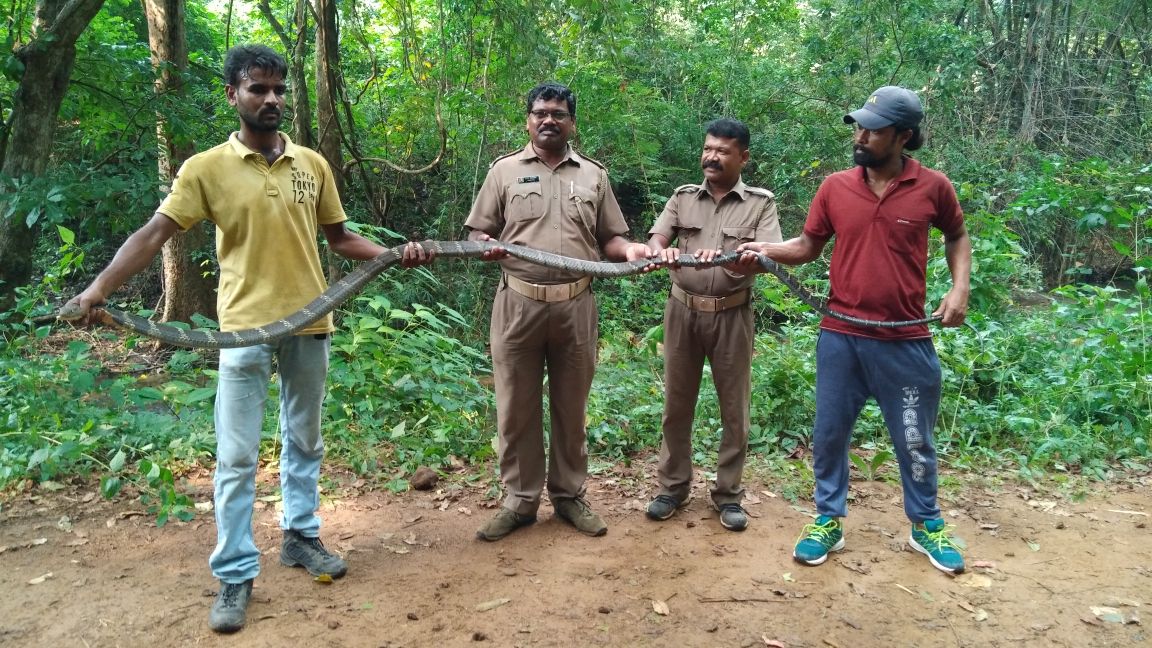 Angul: A 14-ft-long king cobra was rescued from a residence at Talagarh village here in the district today.

The locals were panicked after they spotted a huge poisonous snake at residence of Rabi Dehury at around 9.00 am.

Based on information from the villagers, the snake catchers Aditya Behera and Michel Raju reached the spot to rescue the cobra.

They successfully rescued the snake in presence of forest officials from the village. Later, the king cobra was released into the wild.

“The snake was making loud noise while we attempted to catch it. We carefully caught it from its head for rescue and poured water on its head,” he added.