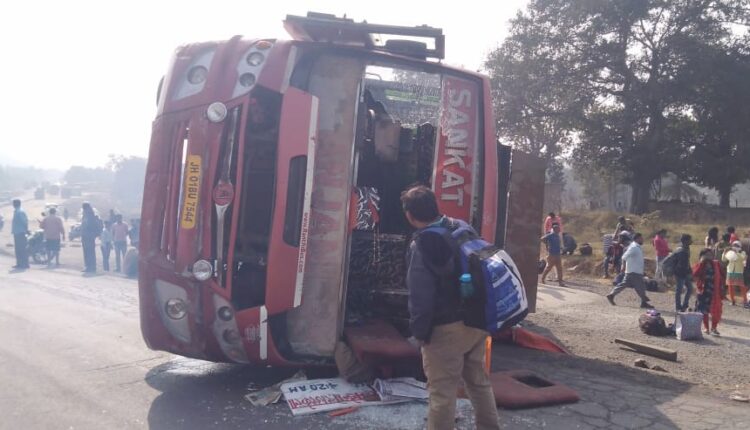 Rourkela: As many as 14 persons suffered injuries after a bus they were travelling in overturned on NH-143 near Kuarmunda in Sundargarh district today.

A major mishap was averted as no casualty has been reported in the mishap.

According to reports, a private bus carrying over 40 passengers from Rourkela was en-route to Ranchi of Jharkand district. As lane extension work on the national highway was underway, the driver lost control over the bus near Kuarmunda and the vehicle turned turtle.

Soon after, locals rescued people trapped under the bus and admitted them to  Kuarmunda Primary Health Centre (PHC). Later, three critically-injured were shifted to Rourkela Government Hospital (RGH) as their condition deteriorated.

On receiving the information,  Kuarmunda police reached the spot, seized the bus and began an inquiry into the incident.