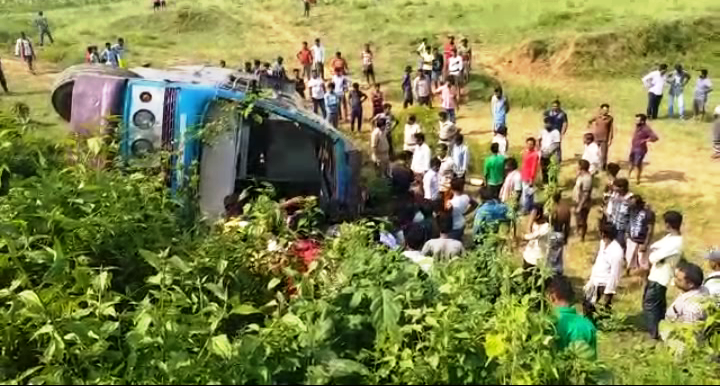 Nabarangpur: At least 15 persons were injured when a bus they were travelling in from Nabarangpur to Jeypore turned turtle and skidded off the road near Indrabati Bridge in Nabarangpur district today.

The injured including four women were admitted to Nabarangpur district headquarters hospital (DHH) here for treatment. Doctors said condition of two patients is critical and they will be referred to Koraput DHH.

Sources said the bus carrying around 20 persons overturned when the driver lost control over vehicle allegedly due to his carelessness.