15 injured as bus falls off bridge in Odisha’s Rayagada 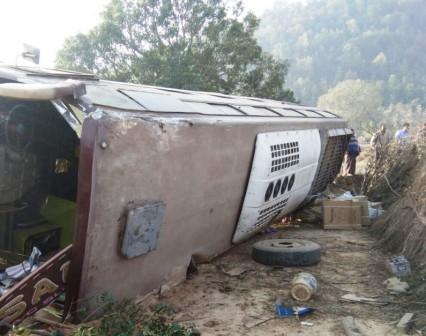 As many as 15 persons were injured after a bus carrying them fell off a bridge near Kutingaguda under Kashipur block in Rayagada district of Odisha this morning.

According to reports, the driver of the ill-fated bus, which was on its way to Kashipur from Cuttack, lost control over the wheels following which the vehicle fell off the bridge injuring 15 passengers.

On being informed, police and firemen reached the spot and rescued the victims.

The injured were admitted to Tikiri hospital and five of them were later shifted to Rayagada district headquarters hospital as their condition deteriorated.

Gopalpur-Digha coastal highway will have bridge over Odisha’s Chilika