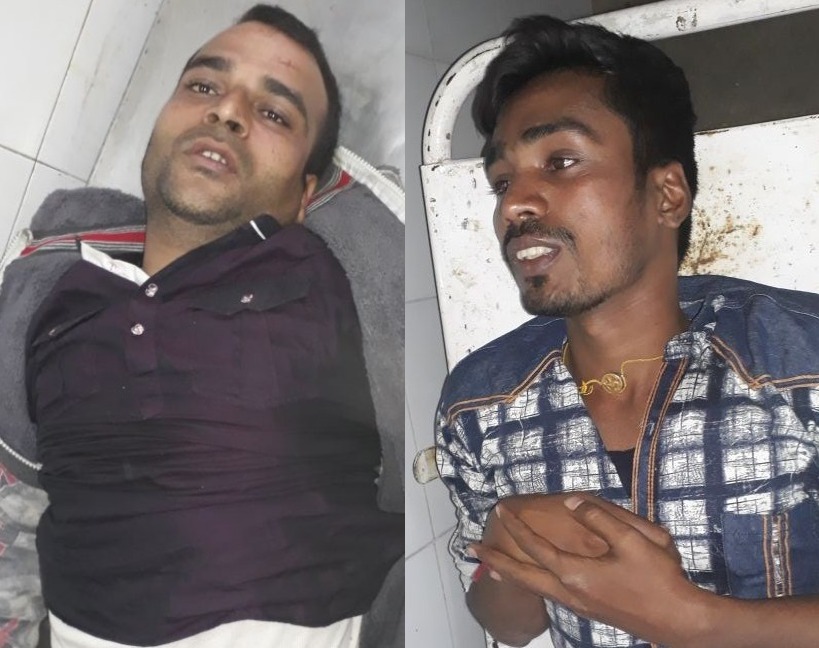 Asika: Two notorious criminals were injured in an encounter with Asika police near Nalabanta here in Odisha’s Ganjam district this morning.

The criminals, identified as Laxman Rajput (27) of Uttar Pradesh and Tuna Gouda (25) of Kodala in the district, were admitted to MKCG Medical College and Hospital, Berhampur in a critical condition for treatment.

According to police sources, a local politician had hired Laxman and Tuna to seek revenge over the murder of the former’s brother.

Acting on a tip-off about Laxman travelling on a bike with Tuna along Nalabanta-Mahupadar road, police tried to intercept them.

However, they opened fire six round of bullets on the cops and attempted to escape by hurling bombs. The duo sustained bullet injuries on legs during retaliation by the police.

A bike, 2 mobile phones and 2 mousers have been seized from them.