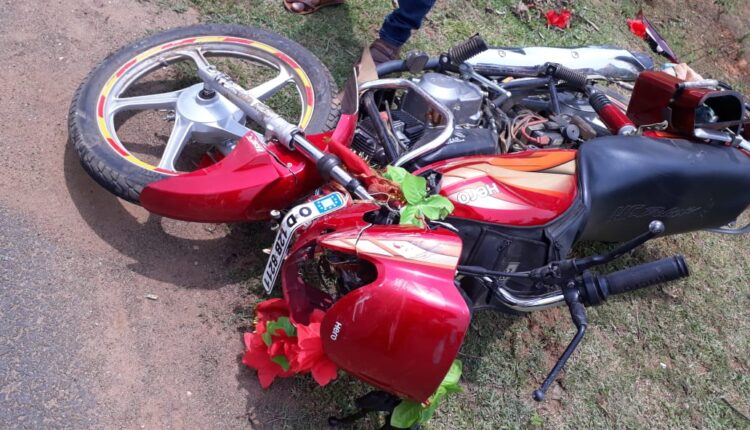 Phulbani: In an unfortunate incident, a head-on collision between a motorcycle and a car claimed two lives at Barpada village under Sadar police limits in Kandhamal district.

The two deceased, who happened to be cousins, have been identified as Pradeep Bogar and Naresh Bogar of Alimoda village under Gochhapada police limits in the district.

Reportedly, the duo was returning to the village after buying a mobile phone from Phulbani, when a speeding car coming from the opposite direction hit their motorcycle. Later, an ambulance was called in and the two were rushed to the District Headquarters Hospital (DHH) here, where doctors declared them dead.

On the other hand, police reached the accident site, detained the car driver and initiated an inquiry in this connection.