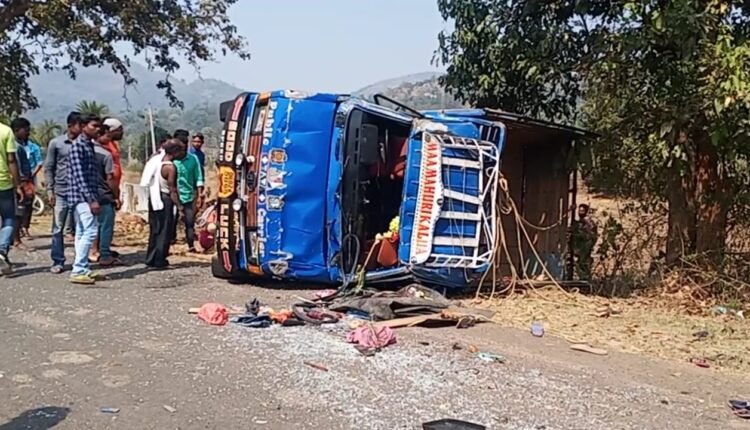 Paralakhemundi: In a fateful incident, three persons were killed and over 40 injured after a truck they were travelling in met with an accident near Kankadaguda village under R Udayagiri in Gajapati district this morning.

While two persons died on the spot, another one succumbed during treatment at the MKCG hospital in Berhampur.

As per reports, family members of a bride were going to the groom’s village in a mini truck to attend the reception when the driver lost control over the vehicle near Kankadaguda village and the vehicle turned turtle. One Gayatri Roit and Jayant Dalabehera died on the spot following the mishap.

On receiving information, police and fire personnel reached the spot, rescued the injured and admitted them to R Udayagiri Community Health Centre (CHC). Later, the critically injured persons were shifted to MKCG Medical College and Hospital in Berhampur.

Captured in lens: Jumbo herd of over 50 crossing NH in Odisha