2 killed, one critical as scooter rams into truck in Odisha’s Keonjhar 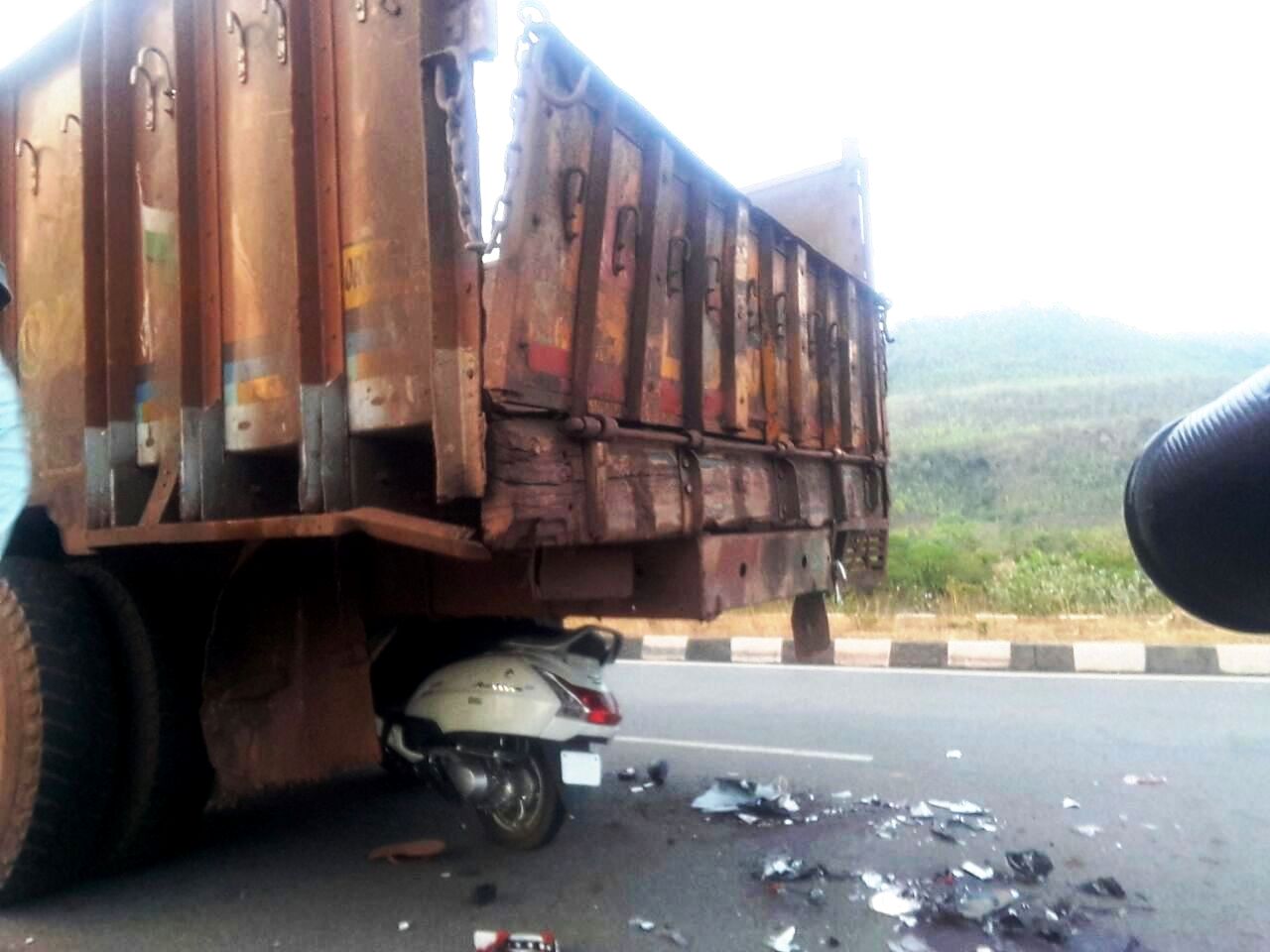 Keonjhar: At least two persons died and another sustained critical injuries as a scooter on which they were travelling hit a stationary truck from rear on NH-20 near Siddha Matha in Odisha’s Keonjhar district this morning.

According to police sources, a registration number-less Honda Activa two-wheeler rammed into a truck parked on the road.

While two persons died on the spot, another one was grievously injured and later hospitalised for treatment.

It is suspected that the driver of the ill-fated scooter lost control over the wheels due to poor visibility owing to fog.

Bald and beautiful: Odisha-born painter’s inner self on canvas