2 killed, one critical as SUV rams into truck in Odisha’s Bhadrak 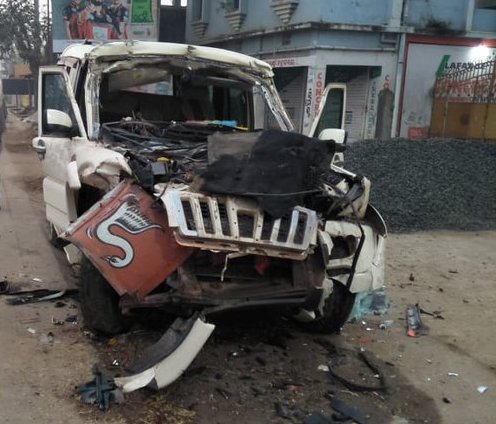 Bhadrak: In a tragic incident, an SUV rammed into a stationary truck near a cinema hall at Tihidi in Odisha’s Bhadrak district early this morning killing two persons and injuring another critically.

The deceased have been identified as Dilip Rout, the driver of the vehicle, and SK Puhan.

Bichitra Padhi, the injured person, was rescued by police and Fire personnel and admitted to the Bhadrak district headquarters hospital. He was later shifted to the SCB Medical College and Hospital in Cuttack as his condition deteriorated.

The driver of the SUV was unable to spot the truck, which was parked on road, due to low visibility owing to foggy conditions, reports said.