2 killed, one injured as motorcycle plunges into river in Odisha 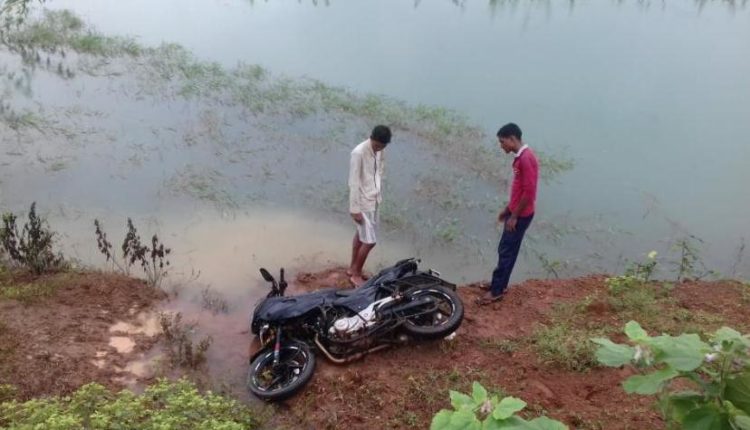 Dhenkanal: In a tragic incident, at least two persons died and another sustained injuries after a motorcycle on which they were travelling plunged into a river at Alua Jharana in Kamakhyanagar area of Odisha’s Dhenkanal district today.

According to reports, the driver of the two-wheeler lost control over the wheels following which the vehicle fell into the river, resulting in death of two persons and injury of another.

The deceased have been identified as Bulu Patra (25) and Tutu Patra (28) of Alatuma village in Kamakhyanagar. The victim, identified as Kanhei Behera, has been hospitalised.