2 killed, over 10 migrant workers injured in road mishaps in Odisha 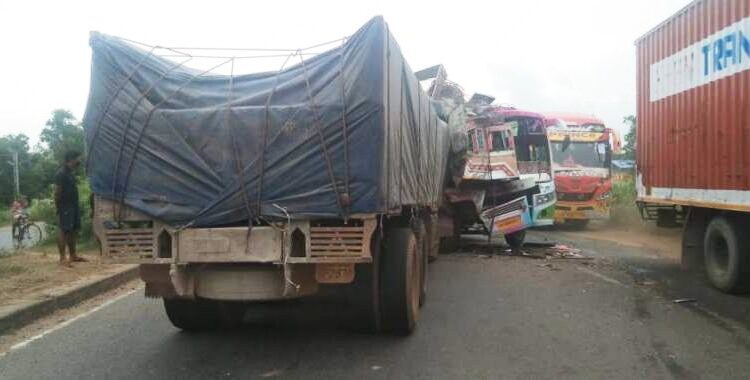 Bhubaneswar: At least two persons died and more than 10 others sustained injuries in separate road accidents in Odisha today.

As per information, an iron plate-laden truck hit another truck from rear in Khantapada area of Balasore district early this morning killing a migrant worker who was present inside the iron plate-laden truck. The driver of the ill-fated vehicle sustained critical injuries and was hospitalised.

In another road mishap in the same area, a bus, which was heading towards Bhubaneswar after dropping migrant labourers from Kolkata, collided head-on with a truck near Panapana in the wee hours of Tuesday. While driver of the truck died on the spot under the impact of the collision, the bus driver was grieviously injured.

In Tangi area of Cuttack district, a Bhadrak-bound bus carrying migrant workers from Tamil Nadu hit a stationary truck from rear injuring more than 10 of them. The victims have been admitted to the SCB Medical College and Hospital for treatment.