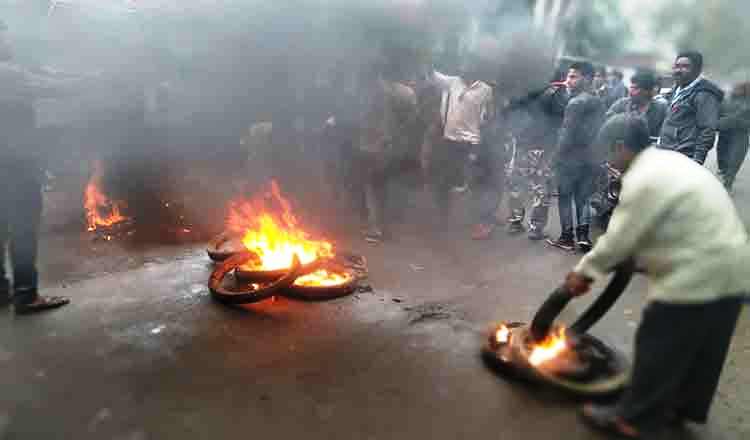 Rourkela:  In a tragic incident, two school students were killed after being hit by a vehicle near Fertiliser Township here today.

Sources said when the two students were returning to their houses after watching a Republic Day parade, a Tata Ace hit them near the Fertilizer Township. While the two children died on the spot, driver of the Tata Ace fled leaving the vehicle at the accident site.

Tension prevailed in the area thereafter when angry locals staged a road blockade in the area by burning tyres demanding compensation for family members of the deceased. On receiving information, police reached the spot and were trying to pacify the mob till last reports came in.