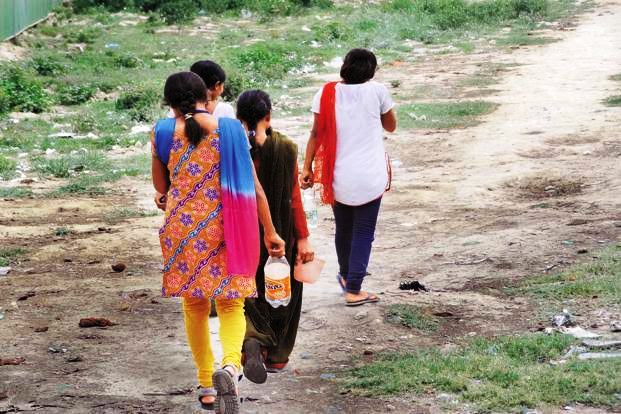 Berhampur:  Taking a stringent action, a Sarpanch of Ganjam district denied ration to as many as 20  families for defecating in the open.

As per reports,  monthly ration items under the National Food Security Act (NFSA) and State Food Security Act (SFSA) were distributed at Goutami Panchayat under Sankhemundi block in the district on October 27 and 28.  However, Sarpanch  Sushant Swain refused to provide the subsidized items to 20 families covered under the food security schemes after it was found that they were  defecating in the open.

Defending the stern action, the Sarpanch said the action was taken to encourage villagers to build toilets in their houses and use the same instead of defecating in the open. Swain further  said around 300 women from a self-help group (SHG) have volunteered to go on rounds and keep a check on open defecation.

It is pertinent to mention here that while at least 2000 families reside in Goutami Panchayat, 180 of them lack toilets in their houses. They  defecate in open fields and road-sides sabotaging overall cleanliness and hygiene of the area. In a bid to ingrain the practice of using toilets, the Panchayat officials at a meeting held on October 20 had decided to punish the ones defecating in the open by cutting off their ration.

However, the district administration has considered the action as illegitimate. Collector Vijay Amruta Kulange did not appreciate the step of the Sarpanch stating that benefits under NFSA and SFSA schemes can’t be restrained like that. He further said that the matter will be discussed with concerned block officer soon and the families will be supplied their rations.