Sources said the passengers from Upper Gunjamali, Lower Gunjamali and Podapadar villages were going to Lamataguda Bazaar for the weekly haat. 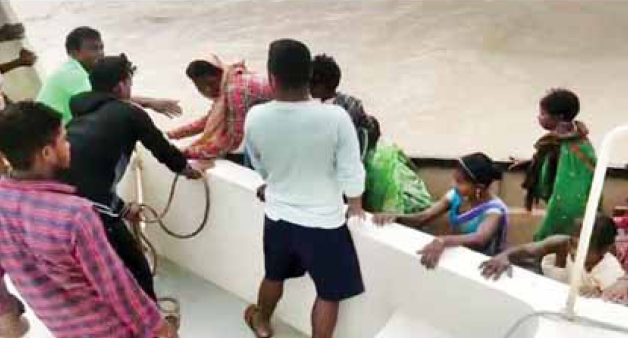 Jayapatana: As many as 25 passengers were stranded in the Indravati reservoir after their boat developed technical snag in Thuamul Rampur block Odisha’s Kalahandi district on Thursday. They were later rescued by a boat ambulance.

Sources said the passengers from Upper Gunjamali, Lower Gunjamali and Podapadar villages were going to Lamataguda Bazaar for the weekly haat. They were supposed to get down at Baria ghat but after travelling about five km, the boat developed technical snag and had a breakdown reportedly due to overloading. One of the passengers then called the boat ambulance service which immediately came to their rescue and took them back to the shore safely.

After alighting, the rescued passengers thanked the boat ambulance personnel for their timely response which helped avert a mishap.