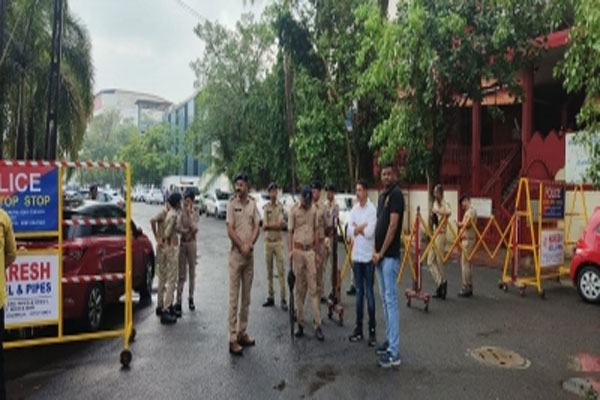 Surat: At least 25 MLAs of Shiv Sena are camping in a hotel in Gujarat’s Surat. Sources said they are dissatisfied and unhappy with the Maha Vikas Aghadi government.

Highly placed sources said that first 11 rooms were booked in Le Meridien hotel, and around 9.30 p.m. to 10 p.m. on Monday, 11 MLAs arrived in Surat and checked in the hotel.

The other big group led by Maharashtra Urban development minister Eknath Shinde reached Surat around 1.30 a.m. with 14 MLAs on Tuesday.

Sources said the entire room booking was done from Mumbai and Gujarat BJP leaders were informed late night. After the arrival of all MLAs in the hotel, Surat Police was instructed to provide protection and since then police have been deployed at the place.

Gujarat BJP chief C. Patil was in Surat till this morning. Though his close confidants are denying any meeting between Eknath and Patil, possibility of a meeting can’t be ruled out, said sources.

Patil did not attend his scheduled Yoga programme in Gandhinagar on Tuesday morning and landed in Ahmedabad around 9.30 a.m.