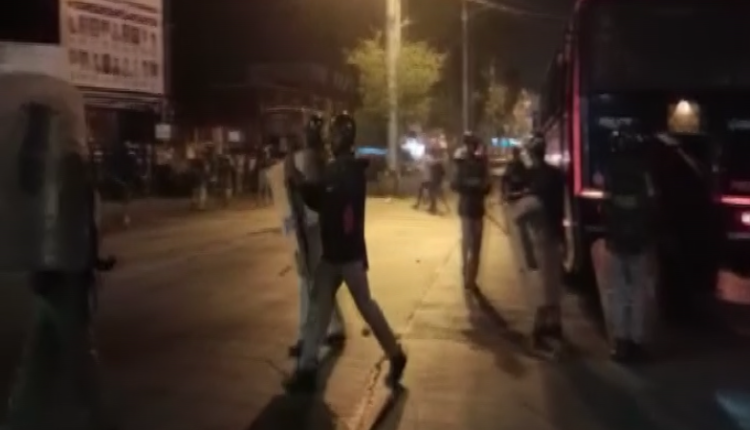 Belagavi (Karnataka): Karnataka police on Saturday said it has arrested 27 persons in connection with the incident of violence in Belagavi. The miscreants have been produced before the court and sent to judicial custody.

The police department has collected CCTV footage of the violence and booked cases against more than 100 persons. Sources said that the police are likely to make more arrests.

Prohibitory orders are clamped in Belagavi and security has been beefed up across the city following flash protests condemning desecration of the statue of Shivaji Maharaj in Bengaluru, Shivajinagar area. The protest took place after the video went viral. The protest turned violent as mob indulged in stone pelting and damaged police vehicles. Later, the incident of vandalizing of the statue of the local freedom fighter Sangolli Rayanna has come to light complicating things further.

Chief Minister Basavaraj Bommai has condemned the incident of vandalizing freedom fighter Sangolli Rayanna’s statue in Belagavi. He said, “I have given strict instructions to the police department to initiate action against culprits and ensure that such acts do not repeat. Statues are installed to respect the personalities, insulting them is condemnable,” he said.

Meanwhile, Kannada organisations across Karnataka have declared that they would stage protests across the state and will organise ‘Belagavi Chalo’ march to condemn the incident of vandalizing the statue of Sangolli Rayanna.