28 child labourers rescued in Odisha while being trafficked to AP 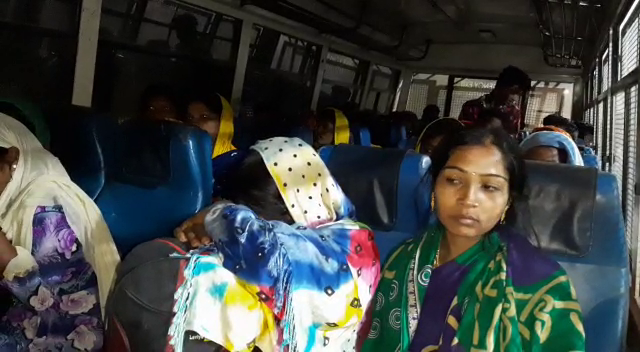 Bhadrak: As many as 28 child labourers, including 17 girls were rescued by police from Jitanaga village under Kadarpur Panchayat in Bhadrak district while they were being trafficked to Andhra Pradesh last night.

Acting on a tip-off, the Bhadrak Rural police intercepted a bus at Jitanaga village late last night and rescued the children from it. The cops also detained a middlewoman and her husband Mandardhar Pati of Jitanaga village in  this connection.

The children hailing from Balasore, Mayurbhanj and Keonjhar districts were being trafficked to Vijayawada of the neighbouring state to work as labourers. After rescuing them, the police took them to a Swadhar Home and later called up their family members.

28 children rescued while being trafficked to Andhra PradeshBhadrak child trafficking

Teacher arrested for spreading fake info about COVID-19 in Odisha