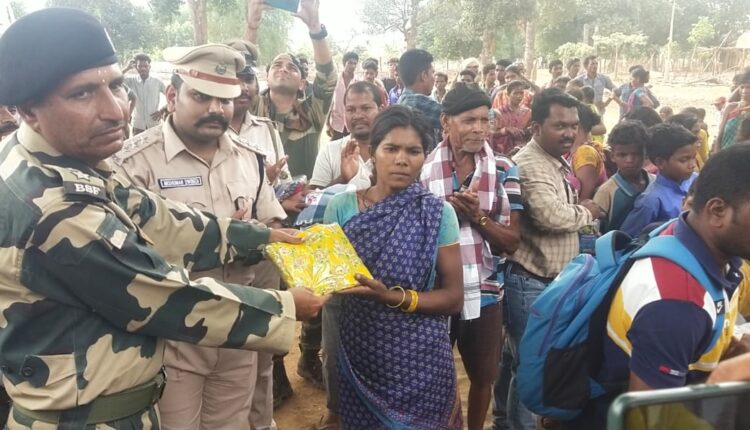 Malkangiri: As many as 295 Maoists surrendered before the Malkangiri Police and district administration at Jantri BSF COB today morning.

At about 10am, the 295 Maoists including active militias, village committee members, sympathisers and members of Gana Natya Sangha laid down their arms before the police and district administration. The surrendered militias hail from Dhakadpadar, Dabuguda, Taber and Arlingpada villages under Jantri gram panchayat under Jodambo police station of Malkangiri district.

Police official sources said these surrendered villagers were involved in several exchanges of fire, arson cases, civilian killings, hoisting of black flags instead of national flag, burning of vehicles, boycotting MLA, MP elections, supply of food and logistics to Maoists, passing of information about movement of security forces, threatening and assaulting of innocent tribals to leave their native villages.

The surrendered militias told the police they were misled by the Maoists to be indulged in violence. They were encouraged by the surrender of local militias on June 2, 2022. Seeing the development works by the State government in the area, they decided to join the mainstream and lead a peaceful life, said Anshuman Dwivedi, SDPO, Chitrakonda.

It is worth to mention that a total of 50 active militias of cut-off area had surrounded before DGP, Odisha, on June 2, 2022.