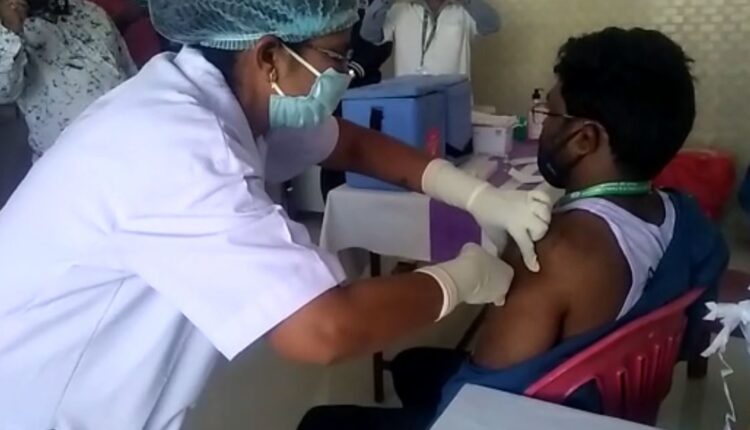 New Delhi: The Union Health Ministry said that a total of 2,61,935 people, including healthcare and frontline workers, were vaccinated till 6.pm. on Friday, the thirty-fifth day of the drive, in 9,415 sessions across the country, as per the provisional report.

WHO to begin COVID vax drive in Afghanistan from June

Meanwhile, the Ministry also said that 7,56,942 healthcare workers have received their second jab so far and attained full immunisation against Covid-19 provided by the vaccines under the nationwide drive. The administration of the second jab was started in the country on February 13.

The highest single day vaccinations during the on-going Covid-19 vaccination drive so far was achieved on Thursday when a total of 6,58,674 beneficiaries were administered the vaccines.

The ministry noted that the highest participation in the vaccination drive on Friday was seen in Uttar Pradesh followed by Karnataka, West Bengal, Andhra Pradesh, Tamil Nadu, Jammu and Kashmir, Kerala, Odisha, Jharkhand and Madhya Pradesh.

Total 41 beneficiaries have been hospitalised so far. “Of them, 25 were discharged after treatment, two are under treatment while the remaining fourteen persons have been reported dead,” the ministry added.

The ministry also said that total 34 deaths have been recorded till date, including two new cases reported in the last 24 hours. Of them, 14 were reported in the hospital, while 20 deaths were recorded outside. However, no causal link between these events and the vaccines have been established so far.

“No case of serious/severe AEFI/death is attributable to vaccination, till date,” the Ministry said.