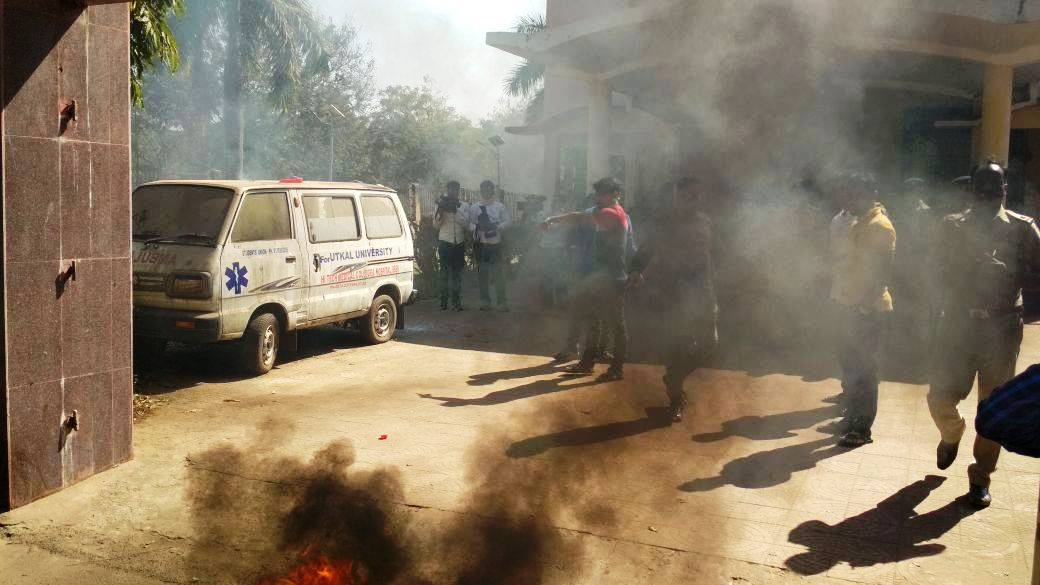 According to reports, the irate students who are opposing the second campus attempted to torch the ambulance, which was parked inside the university campus, besides vandalizing it by throwing bricks at it.

Similar scene was also witnessed yesterday as hundreds of students had blocked the National Highway (NH) near Vani Vihar Square here. They had also staged protest in front of the university’s main gate by burning tyres, shouting slogans and showing placards.

Notably, the Higher Education Department has written to Utkal University authorities to allot 30 acres of land on its premises for second campus of Rama Devi Women’s University. A four-member committee headed by Utkal University Vice Chancellor Prof. Soumendra Mohan Patnaik has been constituted to identify the required land.