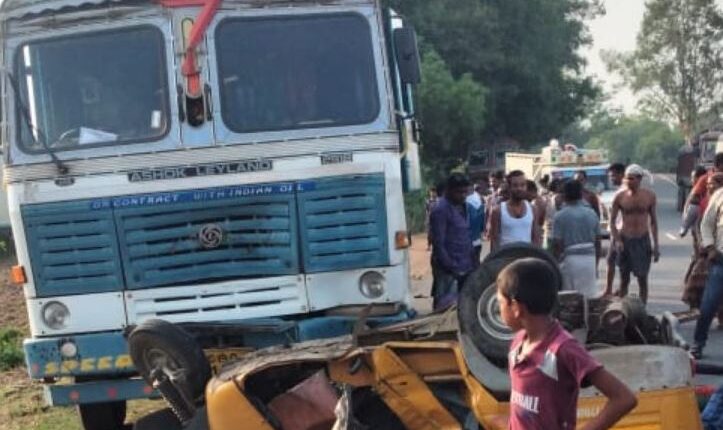 Sambalpur: An auto-rickshaw and a truck collided head-on on NH-49 near Tabalakata Chhak in Kuchinda area of Odisha’s Sambalpur district today, killing at least three persons and leaving five others critically injured.

According to reports, the three-wheeler with eight persons onboard was heading towards Kuchinda when an oil tanker truck hit the ill-fated auto-rickshaw, at around 4.50 pm.

The three persons, who were present in the auto-rickshaw, died on the spot under the impact of the collision.

The injured ones were rescued and admitted to the Kuchinda Hospital for treatment.

Tension ran high at the spot after the accident as irate locals blocked the portion of the National Highway demanding compensation for the families of the deceased and the victims.