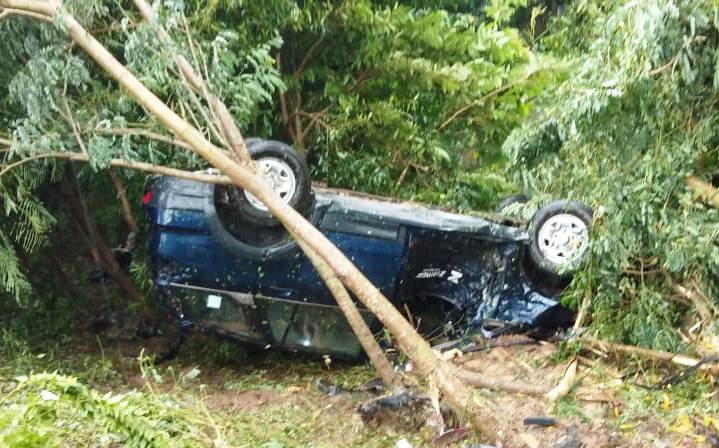 Jagatsinghpur: At least 3 persons died and five others sustained injuries after a car hit a scooter on Cuttack-Paradip road near Pathuriagada in Odisha’s Jagatsinghpur district today.

According to reports, the mishap took place around 1 pm when the speeding car with 6-7 persons onboard hit the two-wheeler. The car then overturned under the impact of the collision.

One Parakhita Satapathy of Badapala here, his son and their relative, who were travelling on the scooter, died on the spot.

On the other hand, five persons who were present inside the car got injured in the accident. Three of them sustained grievious injuries and were admitted to Kujang hospital. They were later shifted to SCB Medical College and Hospital in Cuttack as their condition deteriorated.

Locals staged road blockade after the mishap demanding compensation for the family of the deceased.