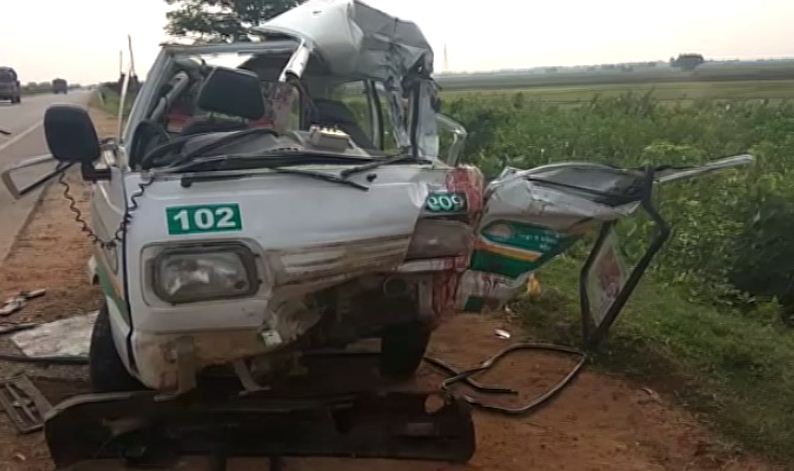 In a tragic incident, three persons were killed after a truck hit an ambulance carrying a pregnant woman and her kin on NH-16 at Barungadia square in Jaleswar area of Odisha’s Balasore district late last night.

The deceased were identified as husband and uncle of the pregnant woman and an ASHA worker.

The woman sustained critical injuries in the accident and has been admitted to SCB Medical College and Hospital in Cuttack.

According to reports, Sumitra Dalei (20), the pregnant woman, was being shifted to Balasore district headquarters hospital from Jaleswar hospital in a ‘Janani Express’ ambulance last night.

A speeding truck hit the ambulance at Barungadia from behind killing Namita Dey, an ASHA worker, on the spot.

Sumitra, her husband, uncle and mother were grievously injured in the mishap and were admitted to the district headquarters hospital where her uncle succumbed to his injuries.

Her husband also died while being shifted to SCB Medical College and Hospital.

Medicine stores across Odisha remain closed. Know where you can get medicines