3 minor boys run away from residential school in Odisha 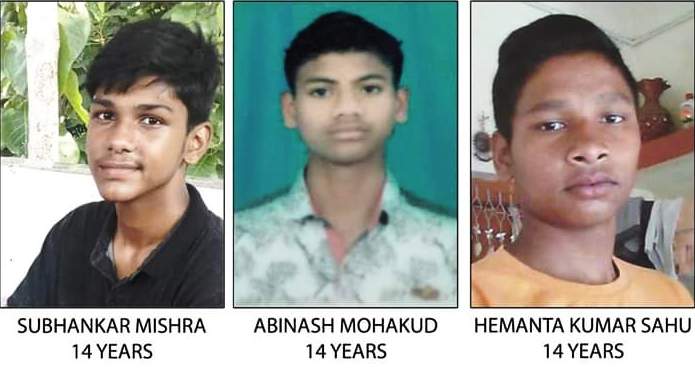 Baripada: Indicating sheer negligence on the part of school authorities, three boy students of Swami Vivekananda Shikshashram at Sirisbani in Mayurbhanj district managed to escape from the hostel five days ago.

Though a case has been registered with the Sadar police here in this regard, the kids are yet to to traced.

As per reports, three Class 9 students of here ran away from the school hostel late on August 15 night. The students are Subhankar Mishra of Balasore district, Abhinash Mohakud of Rourkela in Sundergarh district and Hemant Kumar Sahu of Bahalda in Mayurbhanj district, all aged 14 years. Meanwhile, separate police teams have been formed to locate the students.

Sushant Mishra, father of Subhankar, said CCTV footage reveals that the trio escaped from the hostel campus at around 3.30 AM and went to Baripada railway station. They escaped the hostel by climbing boundary wall of the hostel.

“The three kids had hatched a plan to escape the school hostel and drawn a blueprint on their notebook. We have searched everywhere but there is no clue about where did the three go from Baripada station,”  he added.

When asked, school authorities said police are investigating into the matter. A team including SDPO, Sadar PS IIC and a few officials of the school left for Khadagpur yesterday as part of investigation.

In a separate incident, an 11-year-old boy went missing from Kargil Basti in the state capital last evening. Sources said the boy identified as Akash Ram, son of Gopiram of the slum, was playing with other kids and later went missing at around 6 PM.

Woman crushed to death by elephant in Odisha