3 months after marriage, man, wife set themselves on fire in Odisha’s Balasore 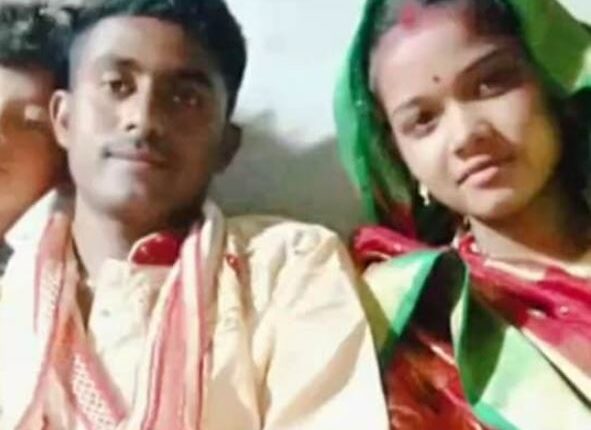 Balasore: A man and his wife allegedly set themselves on fire over family dispute at Guagadia village under Jaleswar block of Odisha’s Balasore district, last evening.

While the woman died, her husband sustained critical burn injuries and was undergoing treatment.

According to reports, Ratikant Majhi (25) of the village had married Liza of Balasore area, three months ago.

Ratikant and Liza had recently gone to his in-laws’ house and returned yesterday. Moments later, a heated exchange of words erupted between the two inside a room.

Later, his family members opened the door of the room and were shocked to see the couple burning alive. With the help of villagers, they rescued the two and rushed them to the Balasore District Headquarters Hospital (DHH).

The doctors at the DHH referred the duo to the SCB Medical College and Hospital in Cuttack. While the two were being shifted to the hospital, Liza succumbed to her burn injuries midway.

On the other hand, Ratikant’s condition was stated to be critical.