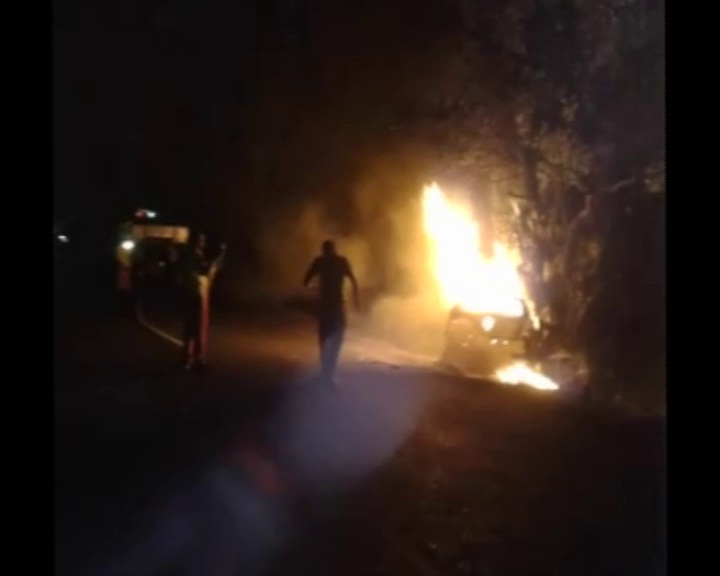 In a tragic incident, three youths were burnt alive inside a car after the vehicle rammed into a tree near Sukhajor under Lephripara police limits in Odisha’s Sundargarh district late last night.

The deceased were identified as Biswajeet Kar of Koraput, Rahul Pasayat and Muna Gardia of Chhatenpalli village under Lephripara police limits in the district.

According to sources, the speeding car crashed into a tree following which the engine of the four-wheeler caught fire and engulfed the entire vehicle.

The three youths travelling in the car couldn’t get out of the vehicle and were charred to death on the spot.

On being informed, police reached the spot and started investigation.