The mishap took place when the victims tried to save another youth from drowning during Lakshmi Puja idol immersion near the canal. 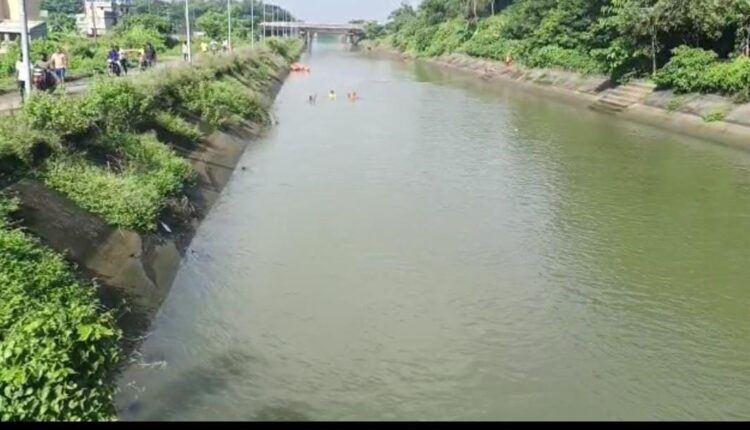 Cuttack: Three youths went missing after they reportedly drowned in Pattamundai canal which goes through Jagatpur in Odisha’s Cuttack district on Wednesday night.

The mishap took place when the victims tried to save another youth from drowning during Lakshmi Puja idol immersion near the canal. Sources said four youths were witnessing the visarjan when one of them suddenly lost balance and fell into the canal.

Seeing him drown, three others who were present there jumped into the canal in an effort to save him. However, they too were swept away in the current. While some onlookers managed to rescue one of the four victims, the others were unable to be traced. A team of police, ODRAF and fire services has arrived at the spot today and rescue operation is underway. Till reports last came in, one body has been recovered, The deceased was identified as Trilochan Mahala (20) of Talasahi under Chauliaganj police limits. The other two youths are still missing.