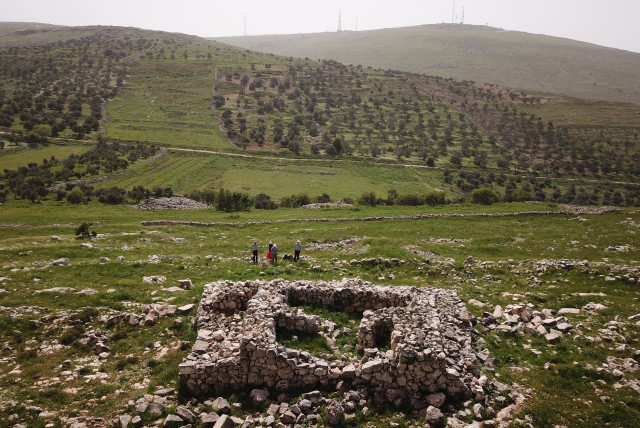 Jerusalem: Israeli archaeologists have discovered a lead amulet with ancient Hebrew script, dating back to about 3,300 years ago, the Israeli Samaria Regional Council said.

The artifact was found on Mount Ebal in Samaria region in the northern West Bank, the Council said on Wednesday.

The amulet was found among the remains of excavations carried out at the archeological site on the mountain, where a biblical altar was unearthed, Xinhua news agency reported.

The square-shaped two-cm-long amulet also bares the marking of a lotus flower, which was a major symbol in ancient Egypt.

The archaeologists said they tried to open the amulet but gave up after it began to crumble at the edges.

Photographs taken in a laboratory in Prague revealed many grooves in the amulet, with one of them looking like a bull’s head, or Aleph, the first letter in the Hebrew alphabet, and another one showing a flower.