34 lakh power consumers affected in Odisha due to cyclone Amphan

ODISHA LATESTTOP
By Sambad English Bureau On May 20, 2020 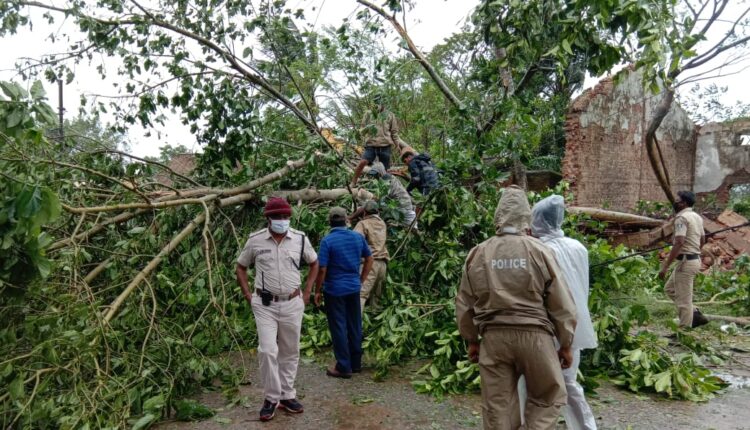 Bhubaneswar:  As many as 34 lakh power consumers in the state have been affected due the extremely severe cyclonic storm Amphan, informed Energy Secretary Bisnupdada Sethi.

“Around 34 consumers, including 15 lakh of NESCO, 17 lakh of CESU and over 1.60 lakh of SOUTHCO have been affected due to snapping of electricity and mishaps caused by the cyclone. Mainly, consumers of Balasore and Bhadrak have been affected the most, ” said Sethi.

However, electricity has been restored in SOUTHCO areas earlier in the day and it is likely to be restored in Twin City of Bhubaneswar and Cuttack by this evening as well.  Besides,  the restoration will be ensured in hospitals, drinking water projects, Government offices and other important places in next 12 hours. Control Rooms have been opened to expedite the restoration work, he added.

Sethi further stated,  “Since the COVID-19 crisis is already prevailing across the country, it is not possible to hire manpower from other states. Hence, we have to maximize out efforts.  Currently,  327 teams have been deployed in NESCO and CESU areas and they are carrying out the restoration drive on war-footing,”he added.

“As the wind speed has decreased in affected districts like Kendrapara and Jagatsinghpur, teams have been sent to the districts for patrolling and restoration work.  Our previous experience has helped us expedite electricity restoration this time,”  the Energy Secretary added.