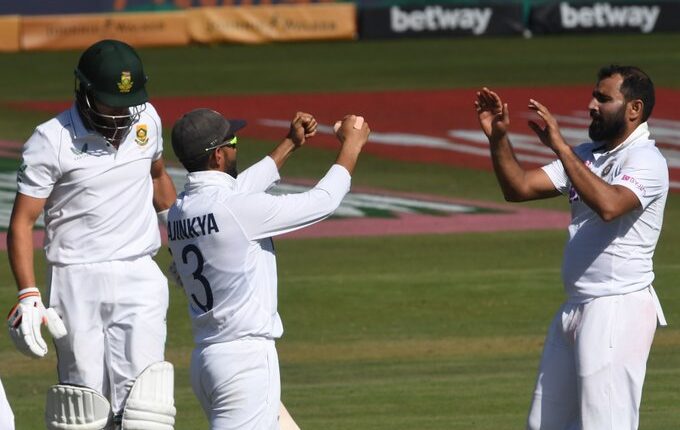 Centurion: India bowled out South Africa for 197 in their first innings, taking 130 runs lead on the third day of the first Test of the three-match series, at SuperSport Park, here on Tuesday.

South Africa, who were struggling at 109/5 in their first innings at tea, added 88 more runs in the third session and lost the rest of the five wickets.

Mohammed Shami was the most successful bowler for India with 5/44 while Jasprit Bumrah 2/16, Shardul Thakur 2/51, and Md Siraj 1/45 were other wicket-takers.

Earlier in the day, India had a dramatic collapse, triggered by the pace duo of Lungi Ngidi (6/71), Kagiso Rabada (3/72), the visitors losing seven wickets for 55 runs to get bowled out for 327 in the morning session.

How record wealth is recovered from Piyush Jain; see here