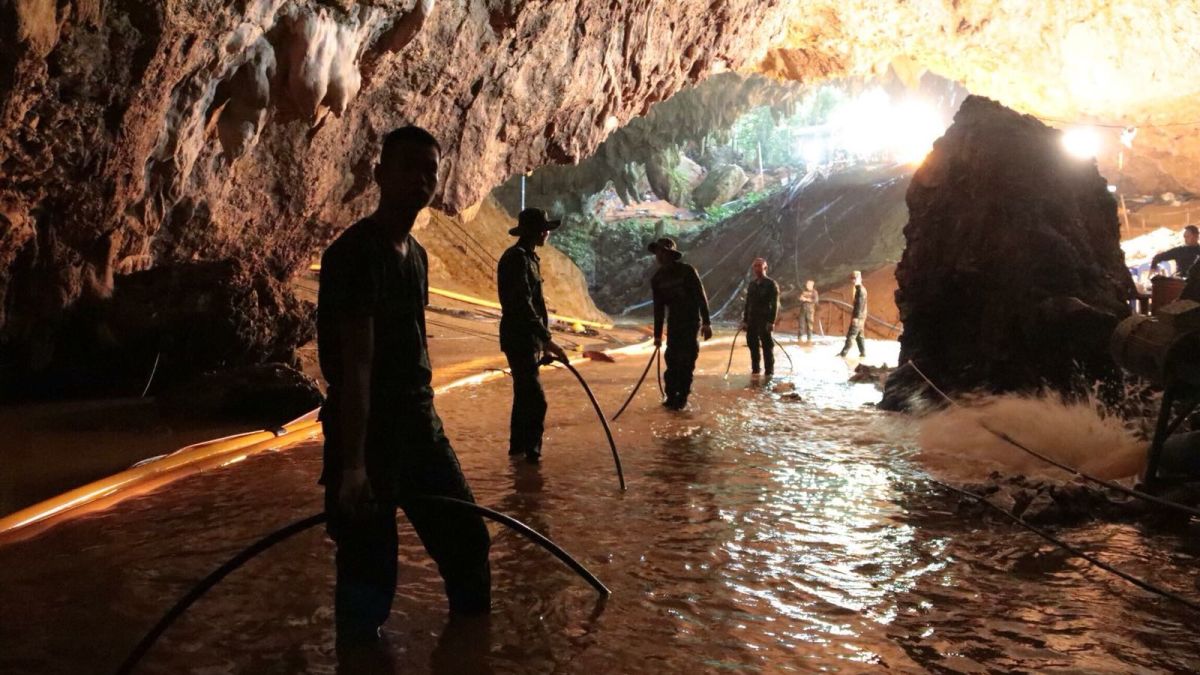 Chiang Rai (Thailand): Four boys emerged from the cave in northern Thailand where 12 young footballers and their coach had been trapped for more than two weeks, a rescuer said on Sunday night.

The rescued boys were taken to a field hospital near the cave in Thailand’s northern Chiang Rai province. Helicopters were seen hovering above the cave site, reports Xinhua news agency.

The boys were flown to the hospital by helicopters.

Thirteen foreign cave diving experts entered the cave to launch the rescue operation at 10 a.m. on Sunday. The boys and their coach would be dived out of the flooded cave.

The 12 footballers, aged between 11 and 16, and their coach, 25, went missing in the cave in Chiang Rai province on June 23. They were located on a small cliff about four kilometres away from the cave entrance when the search entered the ninth day on July 2.  (IANS)

Covid-19 vaccine could be ready by October, claims Pfizer CEO