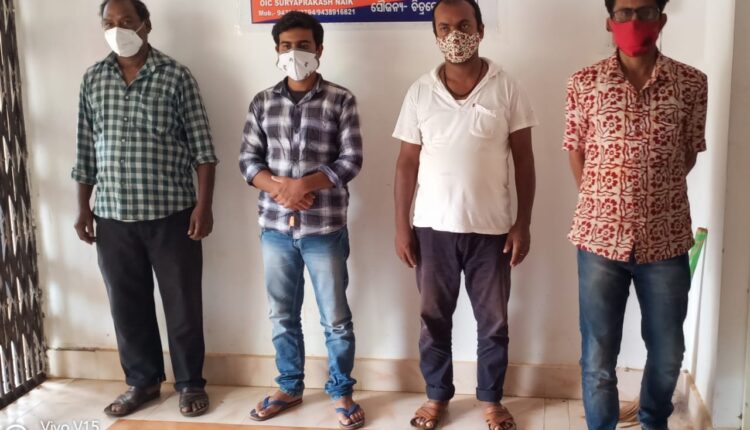 Chitrakonda/Bhubaneswar: The Chitrakonda Police of Malkangiri district today arrested four persons on charges of carrying out medical practices without MBBS degree or the required license.

The four accused were visiting villages under Chitrakonda block and allegedly treating people endangering their lives. Also, a large quantity of medicines has been seized from the possession of the four fake doctors.

After registering a case no 83/84/85/86 at Chitrakonda Police Station, the police arrested the four persons and forwarded them to the court today.

A local said fake doctors visiting villages in Swabhiman area is not something recent occurrence. They have been treating villagers at their clinics or weekly village haats in the area. Also, they pay door-to-door visits to treat villagers.

Worth mentioning, the State government has set up primary health centres at Papalura, Janabai and Jodamba. Apart from this, mobile health units are visiting villagers every month. Despite these facilities, villagers in the Swabhiman area have been relying on fake doctors to get medical advice.

The drive to nab fake doctors will be intensified further in coming days, the police officer added.

Now, victim of loot at public place can lodge e-FIR in Odisha