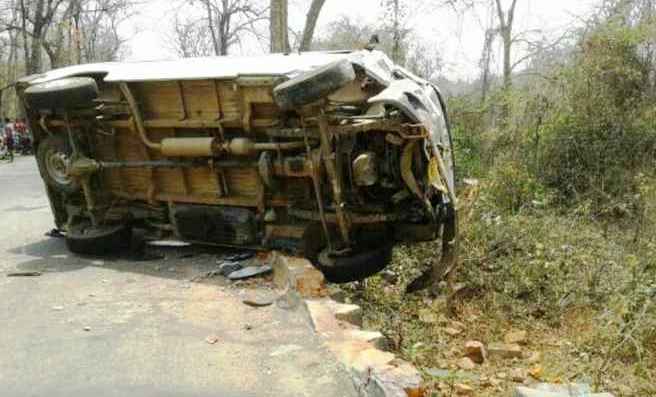 According to reports, the vehicle, which was on the way to Sambalpur from Redhakhol, hit a bike from rear on which three persons were travelling.

While one of them, identified as Sunil Pradhan, died on the spot, two others were grievously injured.

The driver of the van accelerated the vehicle in a bid to escape from the spot after the accident but ended up hitting another two-wheeler on which two persons were travelling as a result of which a youth died and another person was critically injured.

In another road mishap, two youths were killed when a truck hit a motorcycle on NH-55 near Bamur in Angul district today.

The deceased were identified as Manoranjan Pradhan and Lipu Rout, police sources said.

Reports said, they sustained head injuries after the accident and were admitted to Kishannagar hospital by Fire personnel.

However, they succumbed to their injuries on the way to hospital.