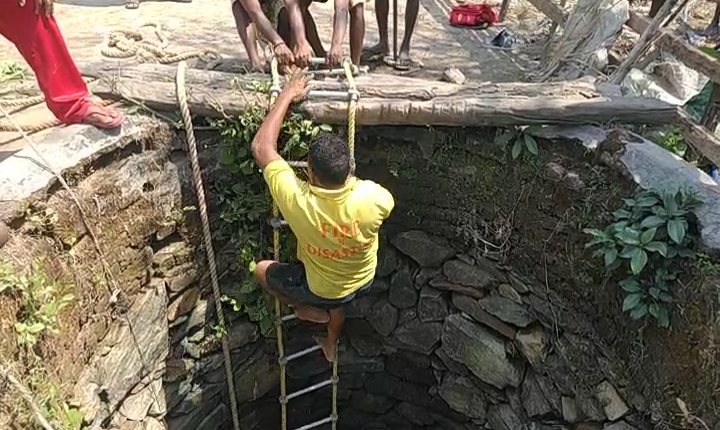 Malkangiri: Bodies of a woman and her four-year-old daughter were recovered from a well at Kaudiguda village under Mathili police limits in Malkangiri district today.

The deceased two have been identified as Mati, wife of one Hari Khara of the village, and her daughter Rajanti. Prima facie, it is suspected to be a case of death by suicide.

As per reports, the two went missing from their house late last night. It is suspected that Mati tied her minor daughter with her waist before jumping into well.  However, the exact reason behind the incident is yet to be ascertained.

On receiving information, police along with fire personnel reached the spot and recovered the bodies from the well with the help of a rope. Meanwhile, Mathili police have begun an investigation into the incident.