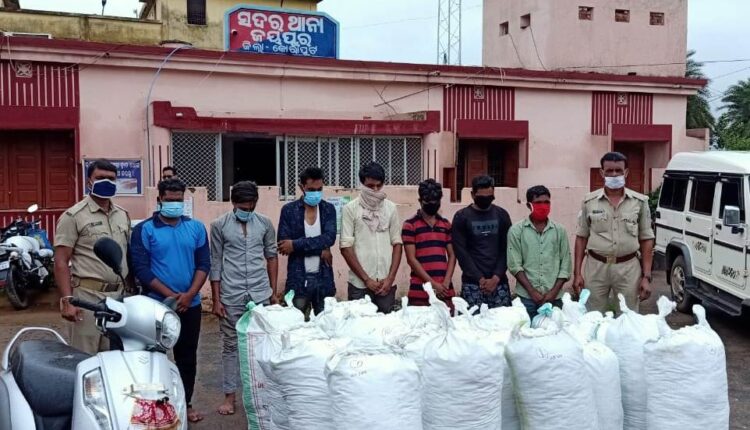 Koraput: The district police have seized ganja weighing 486 kg worth Rs 25 lakh and arrested as many as seven persons in this connection.

Acting on a tip-off about the contraband being transported in a container, the Jeypore police intercepted the vehicle at Satiguda bridge yesterday and arrested the accused.

Over 1 quintal ganja seized from house in Bhubaneswar; 3…

During the search of the vehicle in the presence of the Executive Magistrate and other witnesses, 93 packets of ganja were recovered from it.

Cops have also seized five mobile phones, cash of Rs 4850, one moped without registration number, a container truck and 130 packets of kapas seed.