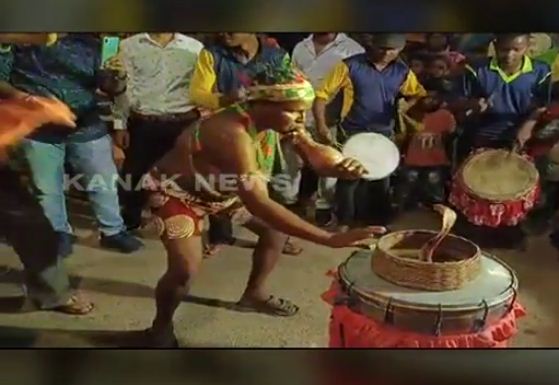 Baripada: In a highly unusual incident, participants of a marriage procession were seen dancing with a cobra in Karanjia town of Odisha’s Mayurbhanj district, last night.

The Forest Department has detained five persons, including a snake charmer, for their involvement in the offence.

According to reports, the procession organisers had hired the snake charmer for displaying the reptile during ‘Nagin Dance’ by the baaratis. A video of the incident has gone viral on various social media platforms.

The act left denizens of the town frightened as the locals informed the Forest Department about the incident.

Stringent action will be taken against the accused as they have violated the norms, an official said.