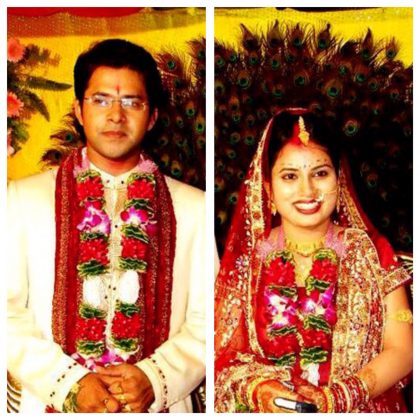 Ollywood is no stranger to reel life romance transforming into a real life love story. Blockbuster couples onscreen get into a comfort zone and thus ensues a real life connection. However, there are instances where the oh-so-cute love affair does not see a happy ending. We give you one of the most talked about affairs and the even-more-talked-about break-up tales in Ollywood.

One of the iconic jodis in Ollywood, Uttam-Aparajita shared an unparalled chemistry and set the silver screen on fire with their romantic scenes and dance sequences in 50-odd films. They were married on 17 May 1987 in the Municipality Guest House of Bhubaneswar. However, their fairy tale saga fell apart over the years and they were living separately.

After, Uttam-Aparajita, a young Siddhanta and Bong babe Rachana stole the hearts of the Odia audience. Sparks flew when their duo danced to songs or performed romantic scenes. But after, Rachana was offered roles in Bollywood and South Indian films, she shifed base and moved on to greener pastures. It is said that they had got married in a court, but later got a divorce. Thus, it was splitsville for one of the most dreamy love stories in the Odia movie industry.

A torrid college romance that reached the next level, Sabyasachi-Seema’s relationship sounded like a fantasy love story that we read in romantic novels. However, trouble crept into paradise as the duo could not see eye to eye on many things. As a result, the marriage went kaput. They have been divorced for eight months now and Sabyasachi is rumoured to have been dating Archita.

Chandan and Julie’s married life could not see a happily-ever-after as Chandan and his family were accused by Julie for mentally and physically torturing her for dowry. Chandan was also put behind bars as a case for dowry harassment was filed. Then, Chandan-Julie separated and their son is now, living with his mother.

Yesteryear megastar Sriram Panda and actor Tripura Mishra were paired opposite each other in many films. Their courtship turned into a joyful wedlock, but eventually cracks begun surfacing. In the midst of an alleged financial crisis, alcohol addiction and a rift with his wife, Sriram becoming an ascetic made headlines throughout the state. Tripura and her two sons were left in the lurch. She struggled to bring up the kids single-handedly, as Sriram Panda, now known as Swami Nitya Chaitanya set forth on a spiritual journey on the path of transformation.

Nestle says Maggi will be back this month, all tests cleared