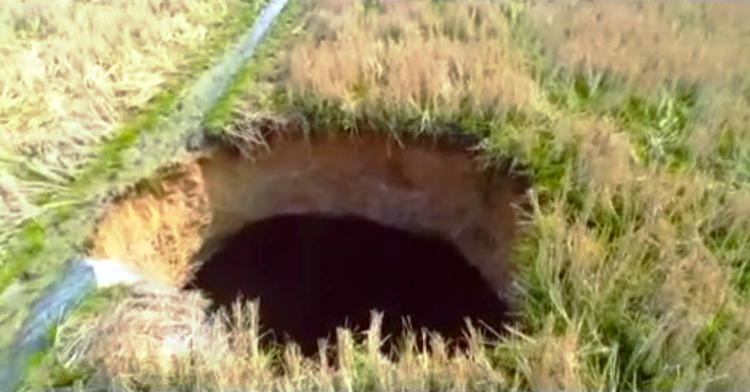 Angul: Allegation of improper sand filling of underlying mines has once again started to haunt of Mahanadi Coalfield Limited (MCL) after a 50-feet-deep sinkhole was found on a farmland at Telisahi village under Deulabeda in Angul district today.

Sources said some locals first spotted the sinkhole on the farmland this morning and raised an alarm. As the news surfaced, large number of crowd from the nearby areas gathered at the spot to see the sinkhole.   The locals alleged that improper filling of sand after coal mining by MCL has led to the mishap. As a mark of protest, they blocked the Dera-Handidhua road disrupting vehicular movements.

On receiving information, police and official of the coal company reached the spot to take stock of the situation as well as pacify the protesters. However, no statement was issued by the coal company till last reports came in.

Earlier in December 2018, similar incident of land subsidence was reported from two houses in Talcher town. A portion of land measuring about 5 feet in length and 6 feet in width had caved in inside a house and later stretched to the neighbouring house.