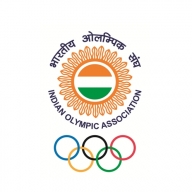 New Delhi: A 524-member Indian contingent will feature in the upcoming Asian Games, slated to be held from August 18 in Jakarta and Palembang, Indonesia, the Indian Olympic Association (IOA) announced on Tuesday.

The contingent will comprise of 277 men and 247 women athletes from a total of 36 sports disciplines.

Of the various sporting disciplines, athletics will have the highest number of representation with a total of 52 members participating.

Earlier, in the 2014 Incheon Asian Games, the Indian contingent featured a total of 541 athletes spread across 28 disciplines.