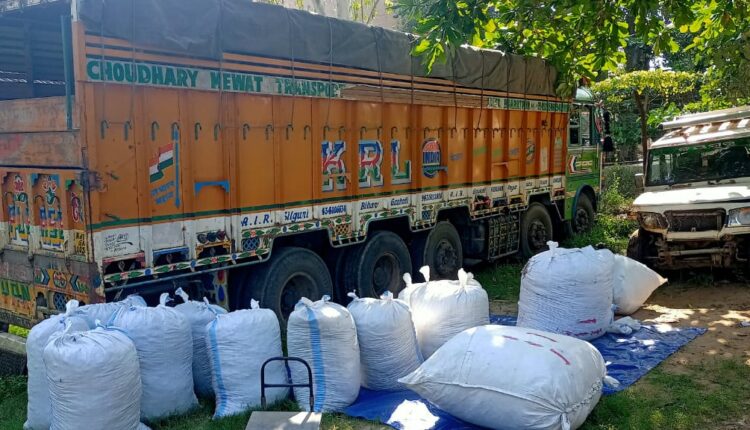 Rayagada: The Gudari police have seized a whopping 572 kg of ganja worth Rs 56.9 lakh in Odisha’s Rayagada district.

According to police sources, the cops, acting on a tip-off about the illegal transportation of ganja in a truck from Raipanga in Gajapati district to Uttar Pradesh via Padmapur, Gumuda and Ramanaguda, intercepted the vehicle yesterday.

During the search of the truck, the occupants of the vehicle who were smuggling the contraband fled the spot.

As many as 13 bags containing the cannabis weighing 572 kg, one TATA LPT truck, a Bank of Baroda ATM card and a mobile phone have been seized by the police while further investigation was underway.