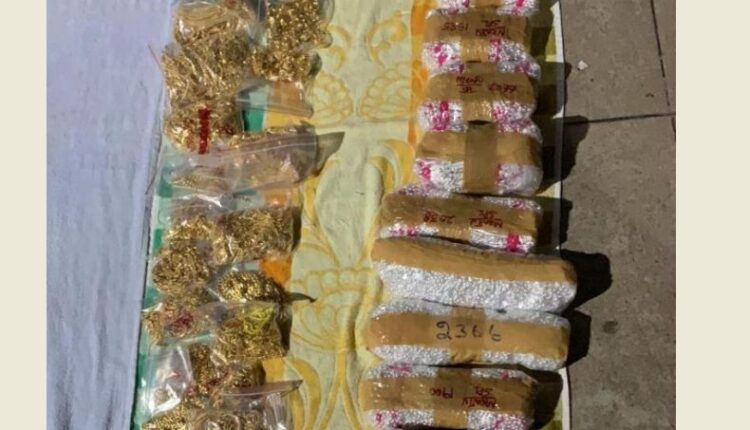 Berhampur: The GST officials imposed a fine of whopping Rs 23.22 lakh on a Tamil Nadu-based company whose gold jewelleries weighing 6 kg and 239 kg silver ornaments were being transported in a car to Odisha’s Berhampur town yesterday.

While GST evasion in the matter came to fore, three persons carrying the valuables in the vehicle couldn’t produce the waybill. The trio was earlier detained by Gosani Nuagaon police and later released after payment of the fine amount by the company.

The seized gold and silver jewelleries were also handed over to the three persons.

A police team had frisked the car last evening on Andhapasara road, during which the jewelleries were found in the vehicle.