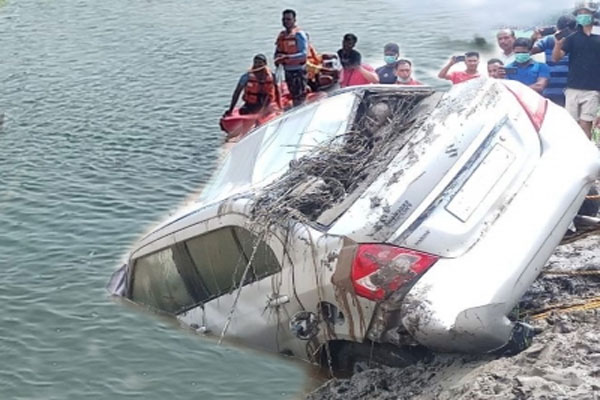 Nagpur: In a shocking accident, at least seven medical students were killed when their SUV lost control and plunged off a bridge into a river.

According to police, the accident took place on a river bridge near Selsura around 11.30 p.m. when they were travelling from Deoli to Wardha.

At one stretch on the bridge, the vehicle driver lost control and the SUV broke the barriers to crash into the river below.

Among the 7 victims — all studying in the Savangi Medical College, Wardha — is Avishkar, a first year MBBS sutdent and the son of Tirora BJP MLA Vijay Rahangdale, said the police.

The SUV was taken out of the river by a rescue team early today, and further probe is underway by the Wardha Police.