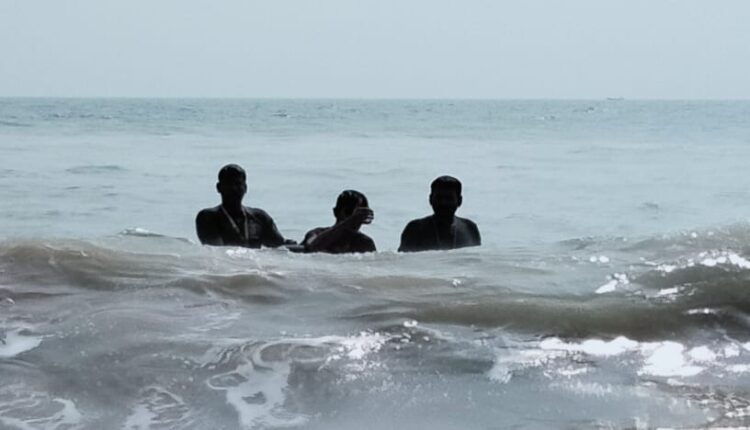 Puri: In a tragic incident, seven tourists from Jharkhand were swept away while taking bath in Puri sea today. However, six of them were later rescued while another is yet to be traced.

According to reports, 15 tourists from Jharkhand were taking bath in sea near Pink House hotel in Penthakata here. All of a sudden, they were swept away by strong currents following a high tide.

We have to build ‘Aatmanirbhar’ India: Prez Murmu in her 1st address to Parliament

Hearing their scream, locals jumped into the water and rescued six of them. However, one student identified as Deepak is still missing.

On receiving the information, fire personnel reached the spot and launched a search operation to trace him.