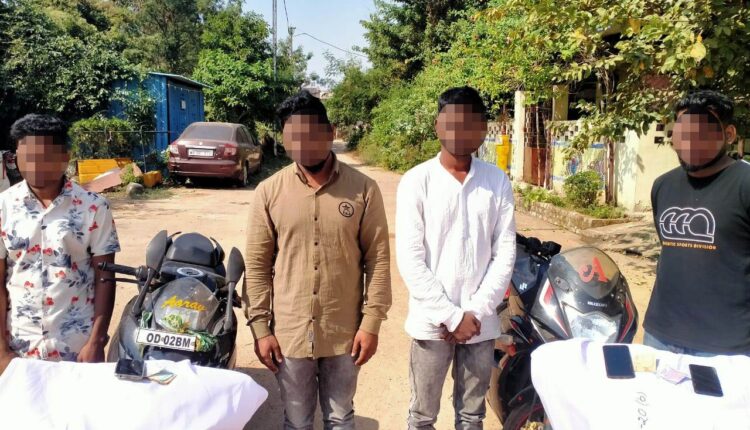 Bhubaneswar: The Twin City Commissionerate Police today seized 83 kg of ganja in the vicinity of Jharpada Canal Road near Kanseikhana under Laxmisagar police limits in Odisha capital and arrested as many as four persons in this connection.

Acting on reliable information, the QAT and Laxmisagar Police conducted a joint raid this morning and apprehended the four. The accused have been identified as Sk. Basir (25), Sagir Khan (25), Manir Khan (26), and Sk. Sabir (27) of Jharpada Muslim Sahi in the city.

Besides ganja, two motorcycles, three mobile phones and Rs 470 were seized from their possession.