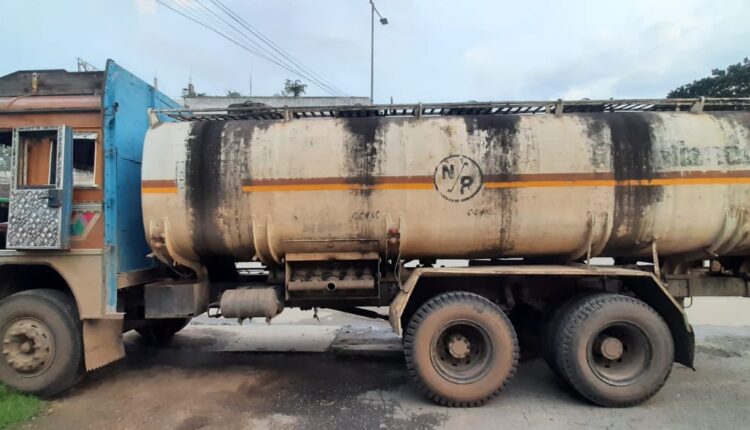 Sambalpur: The Narcotics Control Bureau (NCB) seized 850 kg of ganja concealed in an oil tanker on NH-53 at Ainthapali in Odisha’s Sambalpur district and arrested two persons in this connection, last evening.

The accused have been identified as Ram Sagar Singh (60) and Santosh Ray (26) of West Bengal.

Acting on a tip-off, the NCB officials intercepted the vehicle and seized the contraband. Official sources said the ganja was being smuggled to Rourkela from Vizianagaram in Andhra Pradesh.